Over the years we have been led by remarkable and knowledgeable conductors. Andrew Lovett was followed by Joseph Finlay, Anthony Phillips and our current MD, Danielle Padley.

With Andrew Lovett, and subsequent musical directors, the choir has been extremely lucky to have had specialists in the genre who could draw on both well-known (with Jewish circles) melodies and those that had been largely forgotten. Each was a specialist in the field of Jewish music; each contributed to both discovering works, composing and arranging pieces for our four-part choir. 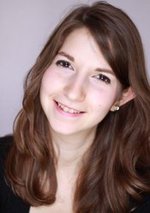 Danielle Padley is an academic, singer, musical director, and singing teacher. She studied Music and Musicology at Jesus College, Cambridge (2005—2009), returning in 2015 to commence research for a PhD in nineteenth-century British synagogue music. Her work in this field has been presented to Jewish and non-Jewish audiences at conferences across the country and abroad, and is published in Ad Parnassum Studies.

Originally trained as a classical soprano, Danielle later received a Diploma in Musical Theatre performance from Associated Studios in London. She regularly performs in musicals, plays, concerts, and recitals. Her recent theatrical roles include Eliza Doolittle in My Fair Lady, Young Mercedes/Valentine in The Count of Monte Cristo, Mrs Hartridge in Goodnight, Mister Tom, Miranda in Return to the Forbidden Planet (NODA East Award for Best Musical 2016), Mary Phagan in Parade, and Sarah Brown in Guys and Dolls.

Alongside her role as Musical Director of Kol Echad, Danielle is Deputy Musical Director at Edgware and District Reform Synagogue, a position she has had since 2005. She teaches singing across Cambridge, specialising in choral, classical, and musical theatre repertoire. 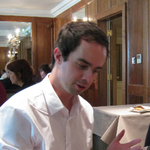 Drummer of drums, singer of songs, conductor of choirs, writer of words, occasional purveyor of whimsy.