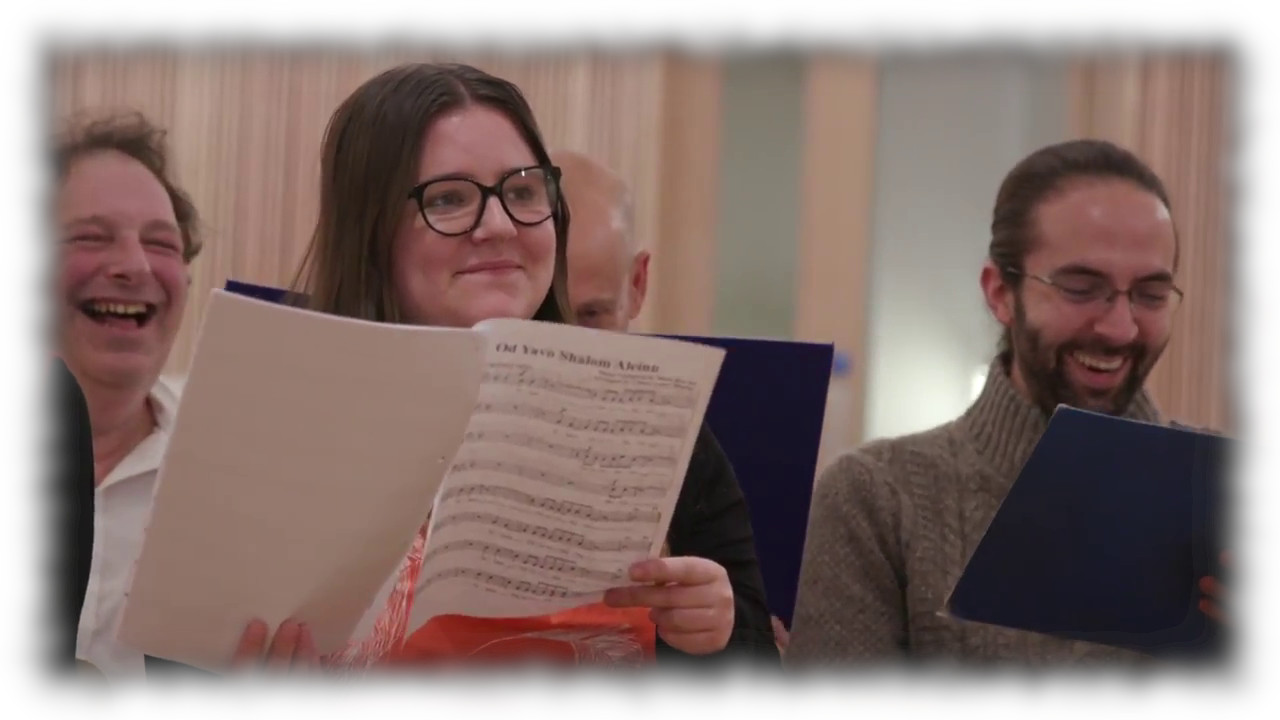 The Jewish world is one filled with music. Synagogue services are full of melodies often composed by choir leaders of the past. Some of the earliest works are arrangements of psalms and other liturgical writings by Salamone Rossi who was composer at the court of Mantua in the late 16th, early 17th century. His baroque pieces are particularly ornate and beautiful.

The bulk of our pieces were written in the mid to late 19th century by rabbis and synagogue choirmasters from Germany and Britain. Among those are many gorgeous arrangements of synagogue prayers by the Berlin-based Louis Lewandowski.

Our current conductor, Danielle Padley, is writing a PhD on an English (and non-Jewish) composer, Charles Verrinder, who was choirmaster for both a church and a synagogue. We also sing pieces written in the 20th and 21st centuries including a setting of a prayer by Joseph Finlay.

Not all of our music is drawn from synagogue liturgy. Some are arrangements of Israeli Hebrew folk songs, traditional numbers from the Yiddish world and melodies written in Ladino – the language of the Sephardi Jews originally from Spain and Portugal.

The pieces we perform are sometimes sad, often humorous and lively, reflective or wildly energetic. Our conductors have always searched for pieces that will be enjoyable to sing and entertaining to hear.